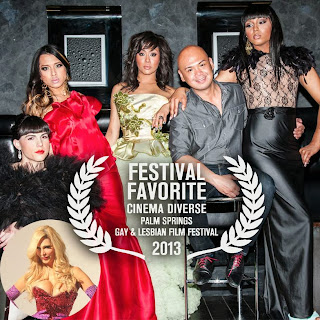 "What's the T" is a new 65-minute documentary by filmmaker Cecilio Asuncion. It profiles 5 trans women, 4 of whom live in the San Francisco Bay Area while one is in New York City. They seem to all be in their 20s (except for one who's more mid-late 30s), are all very femme presenting and, in some way, have connections to drag or ballroom performance. The promotion materials for the film read as follows: "These women represent normality and abnormality, seamlessly, in their daily efforts to achieve a balance of feminine and masculine;" and


"This film is not about middle-aged husbands wrangling strained marriages for the sake of identity. It's not about teenagers looking for identity or toddlers embraced by progressive families. And it's not about loners seeking medical solace. The ladies of What’s the T? are reality and self-assurance in identity."

Got that? In other words, it's about a specific piece of the trans community which doesn't make it more representative of that community than any of the other genres of trans documentary from which it seems to be attempting to distance itself. Perhaps most importantly, it's a trans documentary made, written and produced by gay cis men.

That the documentary is made by non-trans gay or lesbian filmmakers shouldn't come as a surprise. There are, in fact, only a handful of trans-themed documentaries actually made by people in the trans community. Most commonly, films about trans people are made by cis gay or lesbian filmmakers, presumably because of their assumed overlaps and connections to the trans community and its stories. As with every documentary, the subject matter is seen through the filmmaker and producer's lens: why did they choose this set of people to interview and what's the point they want to get across? The good news, in this case, is that the film focuses on several Asian trans women. There have been documentaries and films which have focused on Asian trans women's lives both in the US and overseas, but it's always good to see more. Asuncion, as a Filipino gay man himself, clearly has a specific viewpoint as to what part of the trans spectrum and community he's interested in. If they aren't pretty, aren't interested in a certain amount of glitz, makeup and clothes and don't frequently say the word "tranny"... he's not interested. 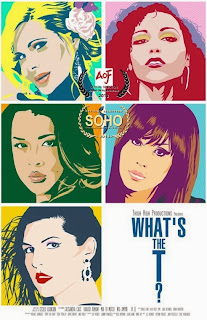 The 5 women: Cassandra Cass, Rakash Armani, Nya Ampon, Vi Le, Mia tu Mutch, discuss their lives in relatively short snippets. There really aren't any long, thematic arcs in the film or showing them over prolonged periods of their lives or challenges. Several are dealing with school (including one who is pre med... a subject I'd have like to have seen expanded), one is a practical nurse (but we never see her doing her job) and performs in ballroom competitions in New York, one is a SF Youth Commissioner (but only gives a very cursory glance at what that job entails and why she was selected) and one who's a professional drag artist. 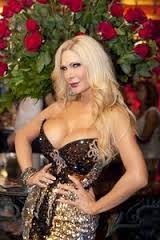 Perhaps my biggest issue is with the inclusion of Cassandra Cass in this documentary. Cass is a raunchy, huge boobed, campy and entertaining interview... but she's hardly a new face or a new story. She's been in several other documentaries and "reality" tv shows (including some which, IMO, where highly insulting and objectifying views of the trans community). She lives in a gorgeous apartment in San Francisco's North Beach with million dollar views and talks about how her small dogs are her children (I found it offensive how she said most trans people don't have children... that's a huge piece of misinformation which does a disservice to the many trans parents in our community). The filmmaker interviews Harry Denton, a rather conservative, old school gay theme event promoter, who's Cassandra's boss for an overpriced Sunday drag show she does at one of SFs touristy hotels. In truth, by virtue of age and where she is in life, I couldn't help wondering why she was even interviewed in this documentary other than maybe the filmmaker knew her. 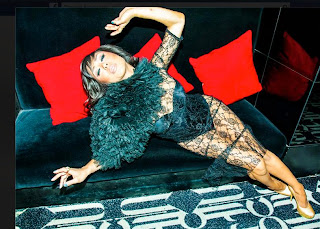 The other four seem at a little more similar place in their lives. Nya dances at AsiaSF, a trans-themed restaurant which features trans women gyrating on a runway for a mostly straight audience (kind of the west coast version of NYC's Lucky Cheng's). It's basically meant for people who want to see sexy trans women (in a safe environment) or for bachelorette parties. Get the picture? And surprise, it's also a gay-owned business which insists on showing trans women a certain way for cis consumption. Vi Le, the academic, also does some drag on the side, but we really don't get a terrible detailed picture of her life. If the director wanted a good-feeling trans film, what would be better than seeing more about her journey and life in school? Mia, a well-known young trans activist in San Francisco, doesn't discuss much from her life (including her being attacked in SF's Mission District). She goes to City Hall and gives us a very brief tour of the Youth Commission office and we meet her trans man boyfriend, but they really don't give much of a picture of what being in a two-trans-person relationship is like for them. Rakash is a pretty, pre-hrt transgender woman who does nursing and ballroom realness competitions concurrently. She is interviewed as she's putting on her makeup... and puts it on, and puts it on and puts it on. As readers of this blog might have noticed, it's called "Skip the Makeup" because the tired cliche of the 'makeup shot' has been used in virtually every filmic representation of trans women as some sort of a quick symbol they're aspiring to (surface) womanhood. I can honestly report "What's the T" features a higher percentage of makeup shots than any other trans film I've seen—the myriad makeup shots easily take up 1/5th of the entire film.

I kept wondering why Asuncion felt as if doing surface portrayals of 5 trans women in a relative short feature documentary would be better than profiling, say, 3 of them in more detail? Moreover, because there's relatively little footage of any one woman in many different facets of her life, other than a trans women's dinner at Nya's place (which looked staged for the film) we don't get a more full or in depth picture of their lives and journeys. Instead, it mostly stays on the gay-male filtered Trans 101 level... glamor and drag edition circa 1987. At one point Asuncion asks people who attended a $50 a plate drag show (featuring Cassandra) what transgender means? There is no further explanation of why he's asking them, or following up with their answers or fascination about drag shows or trans lives. Again, if you want to do a film about cis people's assumptions and attitudes about transgender people, make that film and don't waste 5 precious minutes of your film talking to people who, honestly, had nothing to do with the subject matter.

Worst of all is a serious technical glitch involving the final 1/3 of the film. The sound syncing goes south (I was unclear if it was a sync problem or poorly done overdubbing) and the audience is treated to 20 minutes of mismatched soundtrack and moving lips. This was not the first showing of the film nor was it some kind of preview/pre- post-production print. To see that level of amateurishness (as well as several bouts of beginner level videography with embarrassing zooming in and out) made me question why a film festival would think this is a film ready to be shown and charged money for? I can't imagine for a second that an LGBT/Q film festival would show a film like this about cis gay men or lesbians... why is that okay when it comes to trans portrayals?

"What's the T" isn't an especially well done nor contemporary documentary. Looking at it, you would think most trans women spend their off time doing their makeup or involving themselves in drag. The director said he wanted to do a positive portrayal of trans women's lives which isn't focused on hardships or challenges of being trans but what he's given us is a very old school version of what trans lives are like and there's certainly a place for that. If he saw a shortage of Asian LGBT portrayals, he would have done better to focus on those because 5 portraits in 65 not-terribly-well edited minutes isn't a lot of time to tell their stories. Nor did he show them in work or at school (or in their intimate relationships), something which would have broken through stereotypes. "What's the T" isn't a total waste of time only because some of the women still have moving things to say, share their sense of fun with us and, let's face it, it's not hard to drum up a few minutes of poignancy in any film about trans women's lives (Cassandra tells us about missing her dead brother). Sad to say, I didn't think "What's the T" really explained the question contained in its title nor did the subject justice. And, believe it or not, just because a documentary is about the trans community, doesn't mean it actually adds anything to the discussion.