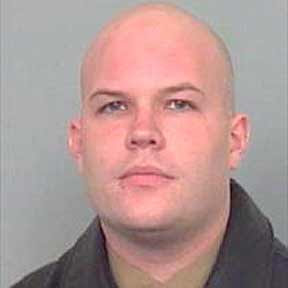 The former Officer McRae
The federal trial of former police officer, Bridges McRae, began yesterday morning in Memphis. McRae was the police officer who, on 2/12/08, was caught on tape repeatedly beating trans woman Duanna Johnson while another officer, James Swain, restrained her. The reason for this beating? Ms. Johnson didn't "cooperate" after she was called "faggot" and "he/she" by Officer McRae. Ms. Johnson will not be testifying at the trial because she was killed on 11/9/08—murdered execution-style. Nope, no suspects have been identified for that murder. Perhaps they didn't want to delve too deeply into who might have had a grudge against her.
Funs over. Pack up and let's go home
While the February attack on Ms. Johnson did receive widespread US and international coverage, the trial of her attacker is another story. No one outside the Memphis area has been covering the first two days of the trial. Other than a Fox News outlet (with a mostly very balanced story!) and a short digest of events in the Memphis Flyer, a gay Memphis newspaper, there has been little to no coverage. Is the trial not as compelling as the beating? That a trans woman whose vicious beating was caught on tape, officers were terminated and charged for this crime and then, 9 mos. later, the victim was murdered execution style... are you trying to tell me this isn't a big story? 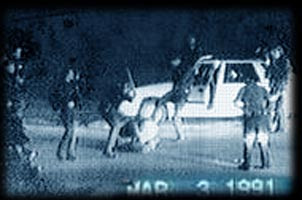 Rodney King "resisting" the LAPD
Compare this to the beating of Rodney King, also caught on tape. It was covered in literally every news outlet in the country (and abroad) and received repeated widespread coverage on national broadcast news media. Coverage of Ms. Johnson's beating was largely fueled over the Internet first by gay and trans blogs and also having the video of the beating on YouTube. Only after much of that buzz was the story covered by outlets outside of the Memphis area. Yes, two very different eras. The Rodney King incident in 1991 was before the Internet had really penetrated the American consciousness. As a result, in that era, crimes like those perpetrated against Ms. Johnson, which weren't covered by mainstream media, largely went invisible or, perhaps, sometimes covered by community newspapers (the African-American press, gay newspapers, etc.). 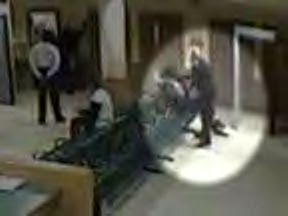 Duanna Johnson "resisting" Officer McRae
One of these is not like the other
To compare the Johnson beating with an Internet-era crime, the 1/1/09 suspicious killing of an African-American male, Oscar Grant by a BART (Bay Area Rapid Transit) police officer. It was also caught on video, widely nationally reported in all forms of media, as is the trial of the officer who shot him, Johannes Mehserle. Yes, one is an alleged killing, while one was a vicious beating. One happened in the Bay Area (a larger media market) while the other happened in a larger city but smaller media market). Both victims were low-income African-Americans. But a key difference was that one was a transgender woman while the other was a young male. 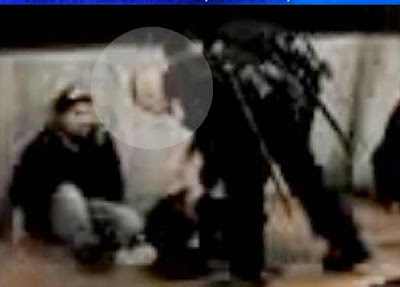 Oscar Grant "resisting" BART police
Only a few weeks ago, a story about an on-duty San Antonio police officer allegedly raping a trans woman received only local coverage. Again, without Internet-generated buzz, even a major story of police brutality, such transphobic crimes seem to evaporate in mainstream media. You'll notice most of the statistics for the Transgender Day of Remembrance don't pre-date the Internet because there was overwhelmingly no coverage of crimes against our community in print and broadcast media before that time. The reality is, without the pressure of coverage over Internet channels, many stories against members of highly marginalized communities continue to go vastly under-rereported or ignored and why so many of those crimes are shelved, investigated with minimal resources and continue to go unsolved. Accused rapist/former San Antonio cop Craig Nash
A personal example of this was the trial of Lateisha Green's accused murderer in Syracuse. Only a few weeks before the court date, there was still a total media blackout. For several months there were no stories about either the crime nor the impending trial. It was only when bloggers like Monica Roberts (on her Transgriot site) started asking "where's the coverage" did others (including myself) start spreading the word about this case and the trial. It ultimately was widely covered (even though some outlets, like the New York Times chose to ignore the trial while others, like the LA Times, only included stories about it after the trial was over). 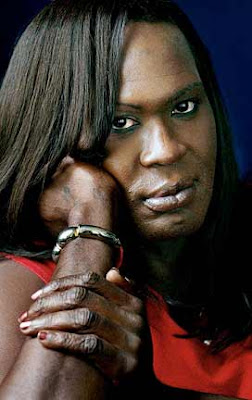 Duanna Johnson 1965-2008
Nevermind
Which brings us back to the trial of the police officer caught on tape attacking Duanna Johnson. Where's the coverage? It seems as if this trial, which includes one of the most damning pieces of evidence of police brutality (and bigotry) since Rodney King, might be going down the same road of invisibility.
Posted by Gina at 8:07 AM