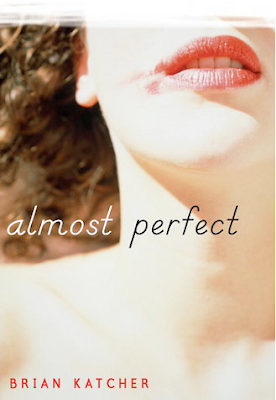 Young Adult Fiction is usually defined as novels aimed at an audience between 13 and 20 with the main characters being adolescents. It's one of the few parts of the publishing industry which has actually greatly grown in the last 15 years. As digital publishing proliferates and production costs greatly diminish, Young Adult Fiction is expected to come out with many more titles in the near future, becoming an even more dominant sector of the industry. Moreover, unlike mainstream adult fiction, which is increasingly constrained by marketing strategies, Young Adult Fiction is often not afraid to tackle "problematic content" such as sex, drugs, parental abuse, eating disorders and LGBT issues.

Because these books are being read by a demographic characterized by their increased brain capacity, social intensity, insecurities, hormonal drives and fanaticism about their passions, fiction encountered at this time of life tends to make a huge impression and impact on an individual's views and sense of the world. It should come as no surprise how such books about trans issues or depicting trans characters will also have a profound influence on how their readers ultimately experience our community (although it could be argued that many of the teens reading such books are those who are already theoretically sympathetic towards trans people).

In this essay, and in a follow-up one next week, I'll be discussing one very impressive new work about a trans girl character called "Almost Perfect" and two slightly older novels which deal with a trans youth called "Parrotfish" (2007) and the award-winning book "Luna" (2004). All three works are targeted at roughly the same age range, albeit it with varying levels of sophistication. The books all have their strong points (incorporating a genuine sensitivity to trans experiences) and limitations (they all involve white characters). There is, needless to say, a desperate lack of fiction about trans teens of color, something I'm hoping digital publishing, and it's ability to narrowcast for specialty audiences, will help rectify. 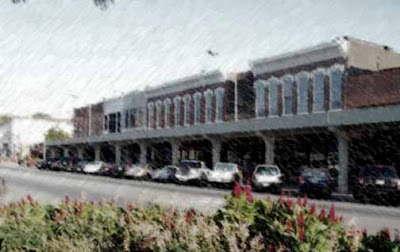 Small Town Missouri, not a great
bastion of trans-related fiction

Almost Perfect by Brian Katcher takes place in the tiny rural town of Boyer, Missouri with its own mini high school of 400 students. But it's not far from Columbia, Missouri, home of the University of Missouri (more commonly known as "Mizzou") a kind of progressive beacon which figures prominently in the book. Almost Perfect centers around the character of Logan, a senior who lives with his single mom in a mobile home (yes, she's a waitress at the local diner), runs with the school's hapless track team and is still devastated by the breakup with his long-time girlfriend, ice queen Brenda.

Into Logan's world comes Sage, a tall, freckled redhead with a quirky sense of style and cheeky humor who's the new girl in a school where everyone else has been together since kindergarten. Sage becomes Logan's lab partner (heavens to Twilight!) and there is, yes, immediate chemistry in the biology class. For the first time since his breakup, Logan comes out of his depression and becomes obsessed with Sage who, while very outgoing and fun in class, is reserved in one-on-one situations and had been home schooled for the past 4 years for mysterious reasons. Her family moved across state from a larger town to sleepy Boyer and Logan can't stop wondering why. 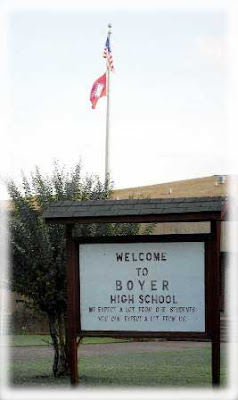 Early on in their friendship, Logan invites the parentally-cloistered Sage to a movie (she sneaks out with her sister's help). Logan is instantly rebuffed when he attempts to kiss her and is mystified why Sage's freshman little sister, Tammi, has seemingly way more leeway from her family than the 18-year old Sage. In starts and stops, the two young people are drawn closer and closer. The day after Thanksgiving, Logan confides all his shameful secrets to Sage... his ex cheated on him and his dad abandoned their family. The next day, Sage calls Logan to her and shares the reason for her homeschooling and strict upbringing. You guessed it, Sage tells him, "I'm a boy."

Almost Perfect rather brilliantly focuses on Logan's conflictual attraction-repulsion towards Sage better than any other book on trans issues I've encountered. He immediately leaves her and is disgusted and confused by his love for her. The author creates an excellent portrayal of erotically-charged transphobia. Logan has shame for being genuinely drawn towards Sage and, at the same time, profound shame for the shabby way he's treating her.

As the book develops, Sage and Logan end up visiting Mizzou together and, due to his sister's ministrations, end up spending the night together with an intimate, physical (yet non-sexual) connection. Laura, Logan's very accepting sister, inadvertently finds out about Sage's trans history, tells her brother about it and now Logan must deal with the fact that "his secret" is shared by another human being. His inner conflict about Sage and his knee-jerk reaction towards her becomes more intense. Without giving too much of the story away, there is a bashing and one of the two young people ends up on suicide watch. 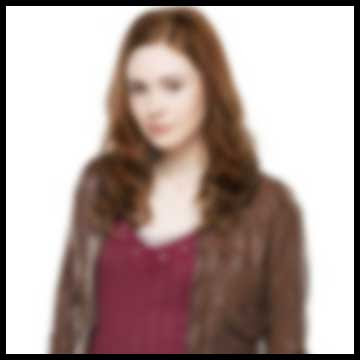 Almost Perfect falls into a hybrid category of novels which could be enjoyed equally by adults or more sophisticated teens. Yes, it's a novel about young people but, in many ways, I found it to be a more unflinchingly honest book about trans issues than "She's Not There," which is a rather "lite" version of transition. It's also a more adult and hard-edged work than either Parrotfish or Luna. Moreover, the book has an extremely complex view of young people, never falling into much of the John Hughes-inspired assumptions and cliches which plague so much of other young adult fiction and films (eg. jocks, nerds, bitchy pretty girls, etc.). Logan, Sage and all the other young characters have simultaneous multiple levels of childishness, maturity, and behavior which is both selfish, loving, gracious and sometimes, disgraceful.

How you feel about the book's portrayal of Sage may have to deal with your own experiences with trans persons (perhaps, including, yourself?). Much to Katcher's credit, Sage is never made to seem camp or draggy nor any awkward "boy" moments with her. Again, depending on your own experience, that might not seem altogether real (since many young trans girls do to go through a gay/femme boy stage) or refreshingly not filtered through the gay experience (as many recent young transitioners increasingly aren't making stops in the gay community, especially those from white, suburban, Internet-savvy backgrounds).

What I found altogether real about Sage was her degree of self-loathing about her body, a quality I've found nearly universal among trans women to varying degree, (and I'm not referring to being pre or post-op). Sage hates her height, her shoulders, her hands, her feet even though she isn't clocked by anyone at the school and is seen as attractive by most people who come in contact with her. She is described as attempting suicide as a tween (something I have personal experience with) and how that led to her family's very begrudging acknowledgment of her issues, albeit with paranoid fears about her safety and their own paranoia about being marginalized.

Perhaps the most controversial point in the book is Sage's serious consideration of detransition at one point. Some reviewers have found this to be a not thoroughly motivated part of the story, but I found it plausible. After experiencing a number of ugly realities of being a young trans girl, she is overwhelmed and experiencing a form of PTSD (something I believe many transitioners deal with on some level).

As with Julie Anne Peters' novel, Luna (also about a trans girl teen), Almost Perfect has a rather fatalistic, bound-to-go-through-hell tone to it which could be viewed as a off-putting to young people dealing with their own issues of gender dysphoria. Which could be seen either as a cold, harsh reality or, as with the many trans murders (and miserable trans characters) depicted on detective shows, a kind of exploitation and objectification of someone's struggles. In general, I felt Katcher gave a complicated enough view of Sage's life and mindset to not make it seem yet another "do this and bad things will happen" lesson. There is no exploitation of who she is into a morality lesson. 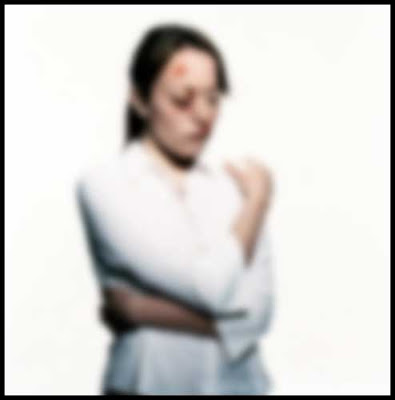 In a brief conversation I had with the author, Katcher said he had no prior experience (to his knowledge) with trans people and the novel came out of a short story he wrote and was encouraged by his writer's group to expand into novel length. In speaking of his research process, he said he contacted a number of people on trans Internet forums who were highly willing to share their life stories. It paid off, since he does an especially good job of not having sequences of "Trans 101" which pop out in the novel, a trap in which virtually all other works about trans people written by cis writers tend to fall (eg, having a character literally repeat a line-for-line explanation or definition from books like TrueSelves).

Where I think his research fell short was how none of his respondees had transitioned before the age of 30 (and Katcher was surprised when I told him I knew a number of people who had actually transitioned as teenagers). Moreover, many of the long time transitioners he corresponded with had started transition in the 1980s and early 90s, pre-Internet and during a kind of low-point in the public understanding of trans people. And as with Peters and Luna, it's notable how Katcher chose to tell the story through the narration of a cis-teen and not a trans-teen. Perhaps neither Peters or Katcher felt confident enough to truly inhabit the mindset of a trans person. While understandable, it does create a certain amount of distance from the character who truly drives the plot.

These are minor quibbles in what is, otherwise, a highly powerful book about homophobia/transphobia, complicated young love, real small-town high school culture and the time of life approaching the end of secondary education, when most kids are desperately filtering through their parent's dreams for their futures and scared as hell about growing up. And as for Logan, as with many straight-identified men who, at one time, intimately encounter a trans women, he has a hard time getting Sage out of his mind and one senses that, no matter what happens after high school, he'll spend the rest of his life searching for some version of her. As with Logan's memories, I had a hard time getting this intense, haunting book out of my mind.

The Amazon link for Almost Perfect