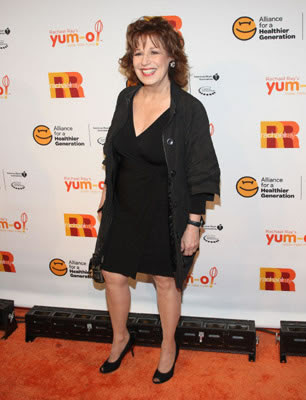 Joy, try not to block the sponsors!
A few days ago, Joy Behar received a GLAAD 'Excellence in Media' Award, "presented to media professionals who, through their work, have increased the visibility and understanding of the lesbian, gay, bisexual and transgender community." Joy, in her acceptance speech thanks the gay community, which was appropriate because her attitudes about trans people obviously weren't considered when she received her award.
Take a look at this video where The View hosts discuss trans terminology and see how far from being an excellent "ally" Joy is. In it, Joy says a man wearing women's clothes is "Ewww, just weird". Thanks Joy. Right winger Elizabeth Hasselbeck is more respectful of trans identities than Behar is. In fairness, Rosie O'Donnell, GLAAD love goddess, in the same discussion refers to a trans woman character in a soap opera as a man. On another episode of The View, Candis Cayne was their guest and Joy proceeds to make some insulting remarks about her and ask ignorant questions. Sure Joy, so you're not an expert about trans people. Hopefully you're learning. But does that means you deserve an Excellence in Media award for your support of LGBT issues?
Shut up and tell jokes
I find Joy Behar to be a funny woman. Most of the time, I love her gutsiness and progressive politics. But an informed ally of the trans community she is not. Which brings up the issue, what do those GLAAD awards even honor? Cynthia Nixon, another honoree that evening, basically only mentions same-sex marriage when interviewed about important LGBT issues. Hmm, so ENDA is less important than Marriage Equality? Interesting. The GLAAD awards exist primarily as fund raisers attracting wealthy gay and lesbian movers and shakers to a glittery celeb-attended evening. Repeatedly, the term LGBT is used throughout the awards, as though these awards actually benefit the entire "coalition/community." 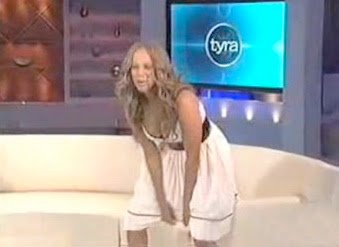 This is for you uninformed trans women out there.
Tyra Banks received a similar award last year because of her work for the LGBT community. Yes, Tyra does have gay men featured on her show "Top Model." (which has also won its own GLAAD award). Top Model also had bi and lesbian contestants and treated them mostly with respect. Top Model also featured trans woman Isis King as a contestant on the show, which received a huge tidal wave of media and publicity. Isis, although booted off the show relatively early, was a wonderful rolemodel for young trans women and someone I was proud to call a representative of the community. Tyra has also had various guests about trans people on her TYRA SHOW talk program. Seems like a good fit to get a GLAAD Excellence award, no? 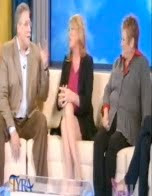 On the left, Michael Brown, NARTH 'expert'
Transgenders on Tyra
Unfortunately, Tyra has also had a number of highly exploitive and objectifying programs about trans people. In one, she actually deigned to show a post-op trans woman how to pee like a woman. In Top Model, she said to a female contestant, "even our transgender contestant Isis looks more feminine than you." At a recent show Tyra had about Trans children, she invited a "researcher" from NARTH to "debate" Marci Bowers and Kim Pearson of TYFA. She repeatedly asked the trans children (some as young as 7) about their genitals. She continues to have a highly exploitive relationship with trans people, yet GLAAD saw fit to give her an Excellence in Media Award.
Good Intentions... agaaain?
While I understand GLAAD wants to award people for trying. That GLAAD wants to encourage mainstream media to make efforts in the direction of being thoughtful and inclusive about LGBT issues, they clearly have a low standard when it comes to Joy Behar, Tyra Banks and trans people. This year, GLAAD seriously nominated a rather pedestrian Good Morning America interview with Chaz Bono for an award. See, they wanted Chaz to come to the award show, so, therefore, an interview which consisted of a kindergartner's version of trans 101 is deserving of an award nomination? The reality is, there were Phil Donahue shows with trans people from 30 years ago which were far better and more informative than this interview. 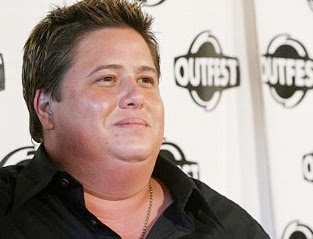 We'll nominate your interview if you be our best friend!
What it really boils down to is LGBT (and whatever other letters you wish to add) means nothing. They want to say "gay community" but they can't do that anymore, so they emphasize LGBT even though their awards mean little to individual parts of that coalition. For instance, GLAAD nominated a trans-themed documentary called Be Like Others for an award this year, a film which, as I've discussed elsewhere in this blog, makes some very transphobic assumptions about Iran's trans community and the identities of the people seeking SRS in that country. Did GLAAD ever stop to actually examine what the film was about or to think how little documentation the film shows for its central premise? Similar to how the Lambda Literary Foundation nominated The Man Who Would Be Queen for an award and pulled that nomination after they were informed it, in fact, was viewed as a highly transphobic book by most of the trans community. Do these organizations even think for a second how any media referring to trans people might not actually be all that thoughtful nor even positive for our community? Any publicity is good publicity? No thank you. 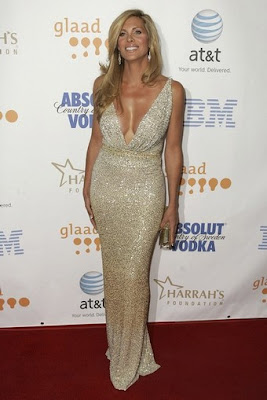 This is GLAAD-approved... you're not!
GLAAD as an organization has a highly mixed record with trans issues. Apart from one part-time Genderqueer staffer, they have no trans people working on their staff. They have been known to back off dealing with transphobia when its source is from a corporate sponsor of theirs (like some recent offensive ads by Levis) or from someone with clout in the gay community (like Barney Frank or the producers of Nip/Tuck). When a perceived gay icon like Candis Cayne does a highly transphobic Nip/Tuck episode about detransition basically equating a trans woman as being a confused gay man, GLAAD ignores it even after being notified about complaints. Moreover, they have a tendency to take public credit for calling out and solving specific instances of transphobia in media when, in fact, they are often well behind the curve of addressing offenders (as in the recent issue of Seventeen Magazine which presented a young trans teen as a liar and similar to a drug addict).
Smile pretty for the camera
Moreover, in its yearly summary of the past year's media coverage, scant mention is even given to how few trans-related/themed programs there were, much less what types of characters were being portrayed (eg. trans prostitutes). GLAAD isn't responsible for what mainstream media does or doesn't portray. It is responsible, as a media advocacy organization purporting to represent the LGBT community, to give honest assessments of how media is representing or excluding communities within the coalition or how positive portrayals of one group doesn't necessarily mean everything is hunky-dory.
Reality check, please
It would be nice to see awards given for accomplishments, for instance, specifically to gay men, yet don't pretend they've been positive for the entire LGBT community. It's okay to award someone for the friend they've been to gay men yet not pretend it also means they've been a trans ally or someone who, therefore, supports lesbians. That's not breaking apart a coalition, that's just specificity and honesty. What breaks a coalition is when the needs of subgroups within the coalition are made irrelevant by a fantasy their needs are being met and their back is covered.
Posted by Gina at 11:47 AM